This week, I have the pleasure of sharing this post from Llacey Simmons.  Her blog, Our 21st Century Kids, is all about a monolingual mom raising a trilingual kid.

How Could His Hair be so Straight?

After two days in the hospital, Cavanaugh made his entrance into the world – already surrounded by controversy. 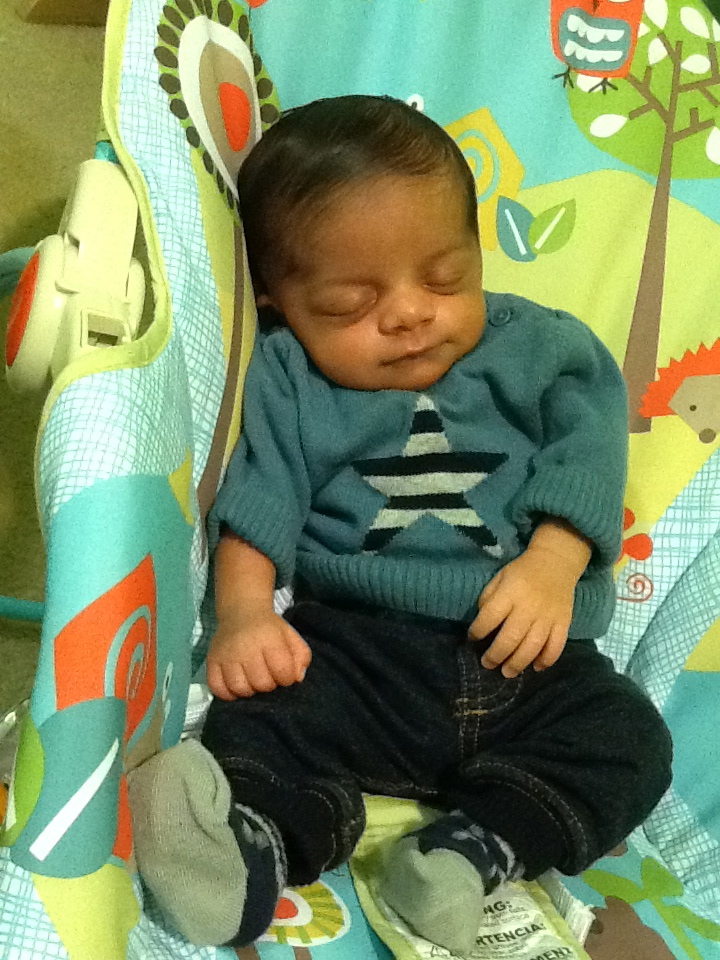 The whispers started instantly. “His hair is so straight. And, he has so much of it!” I could hear his father and my son’s aunt commenting.

See the running joke of his paternal side was that I had broken the long streak of red-heads in their family. To which I responded, “well he should have had a baby with a White girl”.

Comments like that infuriated me. Black genes are strong (and they should be) and the thought that they would somehow make fun of my son for having black or brown hair drove a wedge between us, to say the least.

To be honest, it wasn’t the Black hair of their remarks that got to me, it was the emphasis they placed on it being straight.

They thought that I, a Black woman, could not have produced a child with straight hair, unless with a White man. That line of thinking bothered me so much that I went digging for pictures.

I don’t have very many baby pictures, but the few I have from the early days of my life, showcase me with a beautiful crown of straight black hair. Seeing that made me feel compelled to carry those images around with me, almost as proof that being Black doesn’t automatically equate to having what society deems as “nappy” hair.

While at  a family holiday get-together, my son’s hair again became the focal point.

“I can’t believe…” – what that he has straight hair? “Isn’t it amazing…” – how a Black woman could give birth to a child with straight hair? 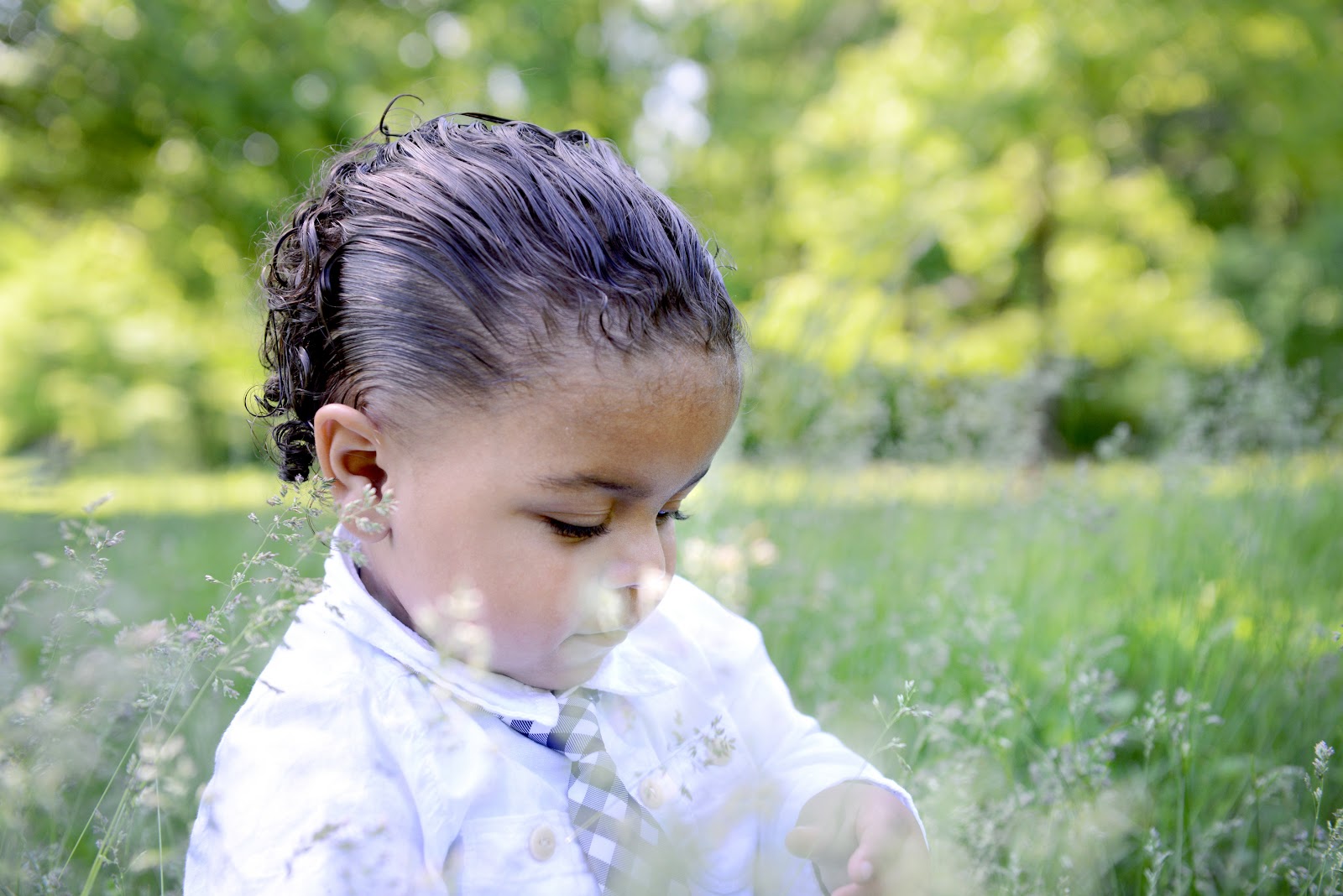 To make things worse, my son’s cousin, also a product of a biracial relationship, has hair that could be described as coarse. Her White mother often joked how “impossible” it was to do her hair, or how “nothing” would help to tame it, and that it was such a “hassle”.

“Impossible”…“nothing”…“hassle” – just hearing those replay in my mind had me wanting to protect this little girl from the harsh criticism about her hair – which she had no control over.

And, then it came… “If only [insert cousin’s name] had straight hair like Cavanaugh…”

That was it! They would not define this little girl’s self-worth or that of my son’s based on some dead skin cells. Did these White people not get it? No, it wasn’t just them, it was society talking. I didn’t give a damn, I was going to set this microcosm of brewing racism straight (no pun intended), and I didn’t care how I looked.

“That’s enough!” I said standing in the middle of the room.“No more comments about hair, straight or otherwise.”

I was ready to defend my reasons and wanted to spew a tirade of pointed comments (a.k.a. insults) – but I didn’t need to.

My words were enough to hammer the point home – even if to them me being upset was a “Black” thing. It was a human thing and my son’s beauty or his self-worth was not going to be played with.

A Reminder of his Uniqueness

His hair is a bit lighter than the last time he had longer hair – and surprisingly it keeps getting redder every year.

Now, he has a wild and crazy curly fro. It’s a bit straighter in the back, but he’s got his Kramer curls in the front. He refuses to let me put it in a ponytail (though I am secretly waiting for him to ask me to!) and doesn’t seem to mind having to brush it away from his eyes throughout the day.

It’s “his hair” he reminds me anytime I try to mention cutting it. 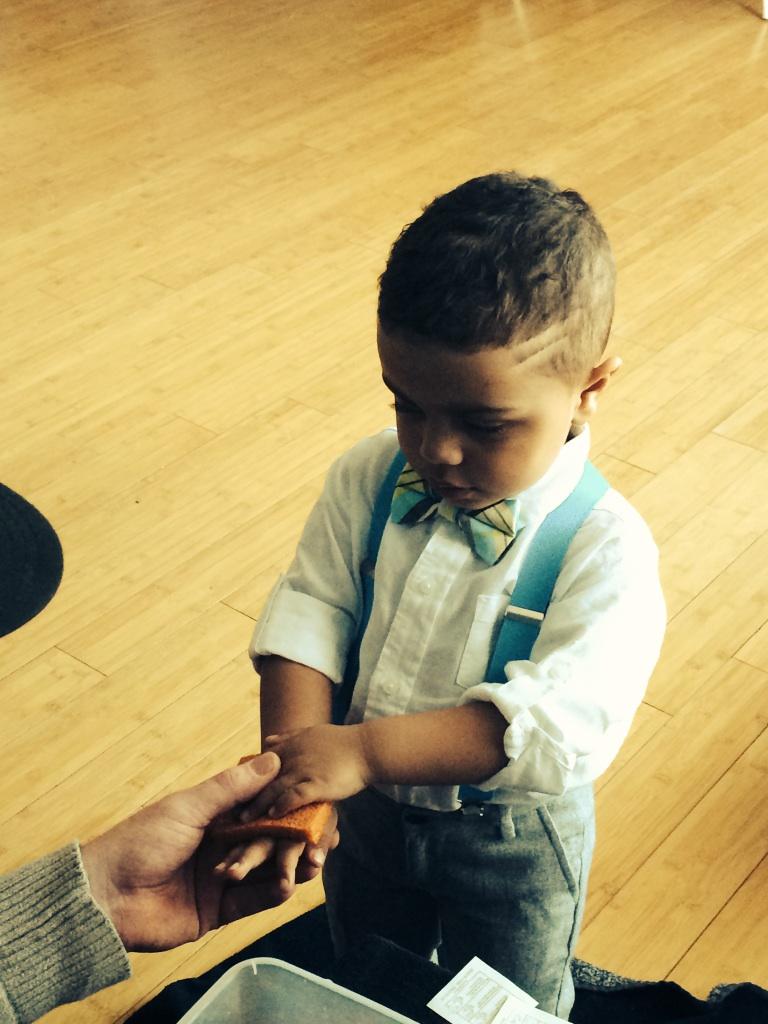 A Symbol of Pride

As the only non-Asian child in a Chinese immersion preschool, his hair is, again, a trending topic. People instantly want to pat it, play with it, run their fingers through it – the whole nine.

He’s always the kid with the curly hair and he’s okay with that. He says it gives him superpowers – and you know what? He’s right!

Over the years his hair has been a powerful platform to teach me and the world the many things that hair stands for.

Unfortunately for most, it represents beauty and self-worth (or lack thereof). And, others often look for it as a sign of masculinity or femininity.

What are your thoughts about hair? Do you think it defines us? I’d love to hear your thoughts below! To read more posts by Llacey, you can find her on  Facebook, Twitter, or on her blog, Our 21st Century Kids.

This site uses Akismet to reduce spam. Learn how your comment data is processed.

Welcome to Are Those Your Kids! This blog was created to share my experiences in motherhood, from the perspective of a mom with biracial kids. I discuss all things education, culture, multicultural resources, curly hair and motherhood.

Are those your kids FB group

Are those your kids FB Group